Derek St. Holmes (born February 24, 1953) is an American musician, best known as the vocalist and rhythm guitar player for Ted Nugent‘s early solo career. After splitting from Nugent in 1978, St. Holmes worked with various artists, most notably the Whitford/St. Holmes project with Brad Whitford, who had recently parted ways with Aerosmith.

In 2000, St. Holmes released his first solo album Then and Now, a collection of his own rock material. Bassist Chase Chitty (Pat Travers Band), drummer Steve Pace (Hydra, Krokus, Whitford/St. Holmes) and keyboardist Russ Still accompany St. Holmes with songs such as “Standing in the Rain”, “Dr. Love” and “Surrounded”, and the energy rocker “In Too Deep”.

On July 4, 2008 St. Holmes made a guest appearance at Ted Nugent’s 6000th concert in Detroit, MI. He jammed on “Hey Baby”, “Cat Scratch Fever”, and “Stranglehold” with Ted. On August 24, 2008 he joined Ted Nugent on stage at Capital One Bank Theatre at Westbury in Westbury, New York. He sang and played guitar with Ted Nugent on “Hey Baby”, “Just What The Doctor Ordered”, “Dog Eat Dog”, “Stormtroopin”, “Cat Scratch Fever” and “Stranglehold”.

Derek sang in the Paul Reed Smith Band, co-writing songs including “One in the Same” and “Ice Cold Kisses“. The eponymous CD was released in June 2010,[5] with a second album (Time to Testify) slated for release on February 17, 2017.

On December 27, 2008, St. Holmes was a special guest at a Get The Led Out concert at Ram’s Head Live in Baltimore, MD. He played guitar for “Rock and Roll”, then sang and played “Stranglehold” (Ted Nugent). St. Holmes is actually the voice heard in the track recording. He also performed “Stranglehold” with Get the Led Out at the Nokia in New York City on March 7, 2009 and again in Baltimore on May 15, 2010.

In 2010, Derek participated in a tribute album titled Mister Bolin’s Late Night Revival, a compilation of 17 previously unreleased tracks written by guitar legend Tommy Bolin prior to his death in 1976. The CD includes other artists such as HiFi Superstar, Doogie White, Eric Martin, Troy Luccketta, Jeff Pilson, Randy Jackson, Rachel Barton, Rex Carroll, Kimberley Dahme, and The 77’s. A percentage of the proceeds from this project will benefit the Jackson Recovery Centers.[6]

St. Holmes performed at the 2015 Dick Wagner Memorial “Remember the Child” benefit concert in Detroit, and he co-headlined the same event in 2016 with Brad Whitford and The Frost.[8] 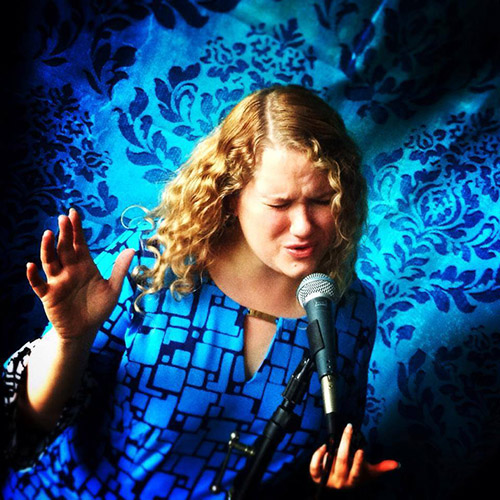 Critically-acclaimed songwriter & artist Julie Black performs creative, original, no-compromise music. A kindred spirit of free and fiery souls, she’s a songwriter whose personal story is deep, complex, and inspiring. Her soulful voice, intuitive approach, and fiery emotional intensity conjure up live performances that are passionate and profound. Deeply-rooted influences like Solomon Burke and Etta James flavor her sound, as do elements of blues, jazz, soul, swing, and rock. Still, as an artist unconfined, she finds inspiration everywhere. She’s performed at Clearwater Jazz Holiday, Clearwater Sea-Blues Festival, Dunedin Wines the Blues, Chasco Fiesta, Pasco Pride, and many other major festivals. She appears regularly on television and radio and can be heard at great venues like the House of Blues, Zenfinitea, and Blur.

Julie Black has charted on Sirius XM, gets worldwide airplay on jazz, blues, and rock stations, and was even up for a Grammy nomination for songwriting. She has several successful albums available on iTunes and Amazon, and a continuous stream of new music being released. Julie Black proudly performs with her tight-knit band: Dave Eichenberger – guitar, Frank Timpanelli – drums, and Graeme Currie – bass. Filled with emotional truth, clarity, and vision, Julie Black offers a musical experience that is one-of-a-kind.

Dave Eichenberger is an innovative guitarist & composer who creates sounds that are vast and dramatic, bringing to mind molten Earth, wide oceans, and infinite space. Inspired by ambient music pioneers Robert Fripp and Brian Eno. Dave has taken his own place in the ambient music world. He has released over 55 albums, from the ambient looping of Digital Mythology to the acoustic finery of Christmas Past; was awarded a grant from National Endowment for the Arts and the Cultural Affairs Division of the State of Florida; and was commissioned by the Dali Museum in St. Petersburg to create the music for their Dali & Da Vinci walking tours. In addition, he is a music educator and writes extensively for legendary pickup & pedal manufacturer Seymour Duncan. An unlikely ally of the earthy, soulful music of Julie Black, Dave’s unique and majestic guitar work further elevates Julie’s spiritual approach to music. Together they create a musical presence that is out of this world.